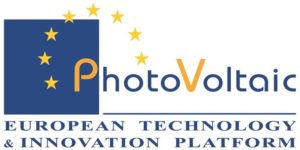 The European Technology and Innovation Platform for Photovoltaics (ETIP PV) has published a position paper on the importance of solar photovoltaics and wind for the production of hydrogen in the shift to sustainable energy.

Hydrogen is a central point in the planning by the European Commission on energy and innovation. In its latest position paper ETIP PV states that hydrogen can only ever be as clean as what is used to produce it, as it is only a carrier for energy and not a primary source of energy. Hydrogen production powered by Solar PV and Wind is the most likely route for the clean synthesis. To shift to a carbon-neutral, 100% renewable energy system, Europe needs to electrify it further and replace fossil-fuel generation. The current hydrogen supply chain relies to 95% on fossil fuels and is a vast emitter of CO2.

But two technologies have the potential to contribute at scale to this shift: Solar PV and Wind.

Marko Topič, ETIP PV Chairman: “The European Commission’s stated support for hydrogen production can only be part of the shift to sustainable energy if it is based on the integration of European PV cell and module production. Hydrogen can only ever be as clean as what is used to produce it. Solar PV and wind are central to a carbon-neutral, 100% renewable energy system. The EU needs to recognize Solar PV and Wind as strategic supply chains in their own right and give them the prominence and support that go with it.”

Marko Topič continues: “Today in the current time against the background of the already visible climate change, who dares to risk to invest further in fossil technologies. Especially under the sign of the European “Green Deal” and within the framework of the Corona funding, it is necessary and urgent that funding is only used for climate-neutral projects – and hydrogen produced by fossil technologies is therefore not a proper choice, but the clean Hydrogen by Solar PV and Wind only.”

ETIP PV also specifies that from an energy security perspective hydrogen is only as secure as the primary energy source used to power it. Hydrogen production powered by local Solar PV and Wind would increase Europe’s security of supply. Hydrogen imports or hydrogen production from imported primary energy sources would not, whereas Solar PV and Wind produce electricity locally from locally available natural resources. Therefore, they are not threatened by international disputes and supply-chain disruptions.

From an economic perspective, Europe already has great assets in alternative carriers to hydrogen. It matters to European welfare that financial resources are invested in the most cost-effective solution, following the EU’s long-held principle of technology neutrality. Large-scale Solar PV is already the cheapest source of electricity. An energy system based on Solar PV and Wind not only promises to be the cheapest way to decarbonisation, but it would also result in lowering the costs of the current system.

The European Technology and Innovation Platform Photovoltaics (ETIP PV) is a continuation of the European PV Technology Platform (EU PVTP) and the Solar European Industry Initiative (SEII) in a single platform under the new SET Plan governance. The ETIP PV’s mission is in line with the Energy Union and the SET Plan priorities with focus on “Renewable technologies at the heart of the new energy system” and Europe to become “number 1 in renewables”. ETIP PV gathers all the relevant stakeholders of the PV sector, with arrangements for cooperative discussions with member states (MS), associated countries (AC), and the Commission services. Its main role is to provide consensus-based strategic advice on all issues relevant to progressing research and innovation (R&I) efforts.